Pat Gleason has been coaching at NAC since 2013. He coached many successful seasons with the Orange Coast College Crew leading to two ACRA and ECAC National Titles and 17 WIRA Championships over eight seasons. Pat began his own rowing career at Coast and transferred to the University of Washington where he was a National Champion. As a Husky, Pat competed against the Russian Olympic team that boycotted the 1984 Olympics as well as the British Olympians in the Grand Challenge at Henley.
Pat draws on his many years of coaching experience as well as his personal athletic accomplishments. He competed in three World Championships as a Team USA Triathlete and is also a two-time Hawaiian Ironman finisher. Additionally, Pat has raced marathons in Boston, New York, and several other locations. When he is not coaching this sport that has greatly impacted his life, he can be found running his own successful commercial construction company. Pat is a licensed General Contractor and has been in business since 1991.
Pat and his wife Gina have been married for nearly 30 years and have three adult sons. Their oldest son, 23-year old George, is studying and running Track and Cross Country at UCLA. Their 21-year old son Henry is an avid mountain biker who is living and working as a chef in San Francisco, and their 19-year old son Will will be rowing for University of San Diego in January 2020. 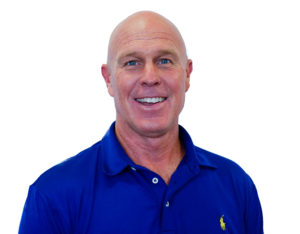 Marcel Stiffey has been coaching the Boy’s Novice Squad since 2013. Over the last 6 seasons, the novice boys have had 22 regional championship winning boats. Marcel began his rowing career at Orange Coast College with Pat Gleason as his novice coach. While at Orange Coast College, Marcel won the WIRA championships, and then went on to compete at the IRA National Championships where his crew finished 9th. Post Orange Coast College, Marcel began training with friends and would compete in a club crew called the Little Knights. From there, he was invited to row for the famous Leander Club in the UK. While training at Leander, he was coached by the GB Olympic Coach Mark Banks and Chris Collerton, while training alongside members of the Olympic squad. As an added bonus, he was offered a position to begin coaching at the University of Oxford. While coaching there, he led his lightweights to an early season victory at the head of the Thames regatta. Marcel brings coaching experience from an international perspective as well as having experience coaching at Orange Coast College and now as the Head Coach at UCLA. His enthusiasm and passion for the sport of rowing is what motivates him to give back to the juniors as they reach for their potential. Marcel is happy to help all who come through the program and looks forward to another successful season with your children. 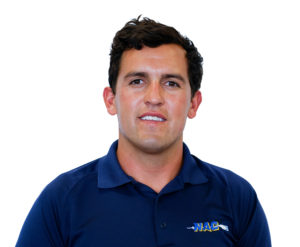 Trevor will be in his second year of coaching. Still rowing 8 years later since starting at the NAC under coach Pat and Marcel, Trevor has developed a deep passion, love, and discipline for the sport that he now wishes to pass onto the next generation. Currently the captain of UCLA’s rowing team, Trevor feels he offers a unique insight to the Novice Boys program as he is not far removed from these years and because he is also actively practicing this craft in his last year of college. While at NAC, Trevor has helped NAC win many races and accolades. Notably, in his Senior Year, Trevor won the prestigious San Diego Crew Classic, South West Regional Championships, and Youth National Championships all in record time. Since then Trevor has helped build the program at UCLA; through active and behind the scenes leadership which helped lead to UCLA winning the Collegiate 4+ at the world famous Head of the Charles Regatta for the first time in the program’s history. Trevor credits so much of his success both inside and outside of the boat to his years rowing at the Newport Aquatic Center. 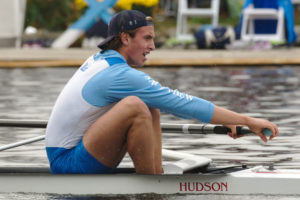